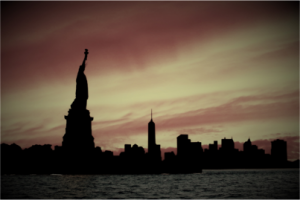 the lights and computer screens go dark; replaced by weak and shadowy emergency lighting. The room immediately feels stuffy with the HVAC shut down. The typical office noise instantly turns to silence punctuated by a few loud voices. It is a blackout: one of the most distressing circumstances for people especially for those in large, multi-story buildings.

The following explains why we can expect more blackouts in the future, what it takes to restart a dead electrical grid and what you might do to avoid or mitigate the effects of a blackout.

The Causes of Blackouts

There are two types of blackouts: unintentional and intentional.

Most blackouts are unintended and result from equipment or operational failures precipitated by poor training, planning, maintenance or natural events such as severe weather. Historically, intentional blackouts were only instituted to limit demand during extremely hot weather when electrical generating capacity was insufficient. Today, however, we see electric utilities intentionally cutting off power to avoid potential lawsuits. Examples of blackouts include:

Operating an electrical system is a careful balance between electrical generation and demand. In fact, the balance is so delicate that operators attempt to hold the nominal 60 Hz grid frequency within ±0.01% (±0.06 Hz). A sudden increase in demand due the loss of a large generating plant or transmission line can cause the frequency to drop to such a low level that other generating plants protect themselves by disconnecting from the grid. To minimize the cascading effect of a blackout, protective systems on the electrical grid automatically isolate areas experiencing power failures in order to keep other generating plants from shutting down.

Large parts of today’s electrical grid are over 100 years old, and more than 70% of the transmission lines are 30 years old or older. The average age of large power transformers on the grid is between 45 and 50 years old. Equally concerning as the aging and overloading is the fact that the grid is increasingly forced to accommodate conditions it was not designed for such as bi-directional current flows, large amounts of digital power from DC sources such as renewables and batteries, the lack of frequency-stabilizing inertia from large steam turbines and electrical loads dominated by electronic power supplies. All of this results in a less robust and less resilient electrical grid and a higher likelihood of more and longer blackouts with each passing year.

Restarting a “dead” electrical grid is not as simple as flipping a switch.

All electric utilities and grid operators have detailed plans for restarting the supply of electricity to end a blackout. The first step in all such plans is to identify and repair or isolate the initial cause of a blackout. In this regard, it is important to recognize that the proximate cause and the initiating event of a blackout may be different. The August 14, 2003 blackout that threw more than 50 million people across the Midwest and Northeast U.S. and Canada into darkness is a good example:

The initiating event was an overloaded transmission line in Ohio that drooped into a nearby tree, shorted and tripped offline at 3:32 p.m. The resulting system imbalance caused more than a dozen other transmission lines, three large coal-fired plants and eight nuclear plants to also go offline by 4:25 p.m. A detailed bi-national investigation determined that the proximate cause of the blackout was a combination of inadequate understanding of local system weaknesses, poor situational awareness (the transmission line overloading) and insufficient tree trimming.

Once the initial problem is addressed, restarting power plants and reconnecting transmission lines can commence. Those generating plants with black start capability and those on the edge of the blackout area that can get electricity from the grid will be started first. Generating plants are first connected to isolated portions of the electrical grid with a priority of helping nearby generating plants to start. This process continues in a “building block” fashion: a power plant starts up and is connected to an equal and isolated load. Adjoining portions of the grid are electrically interconnected as the supply and demand balance of each portion is stabilized.

For blackouts covering large areas, the restarting process commences in multiple areas simultaneously until isolated areas can be safely reconnected to each other. The time required for full restoration depends on the size and duration of the blackout: the longer it takes to start restoration the longer the restoration of power can take. The startup of a cold generating plant can take anywhere from an hour to several days.

Protecting Your Facility from Blackouts

When it comes to electricity for your facility or campus, there are plenty of voices warning that more frequent blackouts are in our future due to equipment failure, generating capacity shortages, unanticipated situations, problems with new technologies and severe weather including hurricanes, superstorms, tornados, floods, wildfires, extreme heat and cold, lightning and wind and ice storms.

The best protection from blackouts is “islanding” or operating without electricity from the grid. Islanded operation requires one or more forms of reliable electrical generation such as backup natural gas or diesel engines or cogeneration. Systems for islanding typically also include the capability to start without any external electrical source (e.g. black start from batteries). Supplemental electrical generation such as wind or solar photovoltaics combined with battery energy storage can provide additional resiliency and operational flexibility.

The professionals at EQUANS MEP Services are experts at developing technical and financial solutions to protect facilities like yours against blackouts as well as improving resiliency, power quality, reliability and sustainability. Talk to them about protection for your facility.