One of the many ways we support building owners, is by analyzing and understanding those elements and situations that may impact them. With New York signing the “biggest-ever deal for offshore wind power in U.S. history”, we thought it time to share some facts about wind generation and New York.

We all know that electricity generation from wind is variable…no wind, no electricity. But, did you know that wind generation can also vary substantially by the month? The figure shows how New York State’s utility-scale wind generation has varied by month over almost 20 years. The difference between the highest and lowest averages is very nearly an amazing 100% (January vs July). But, why? 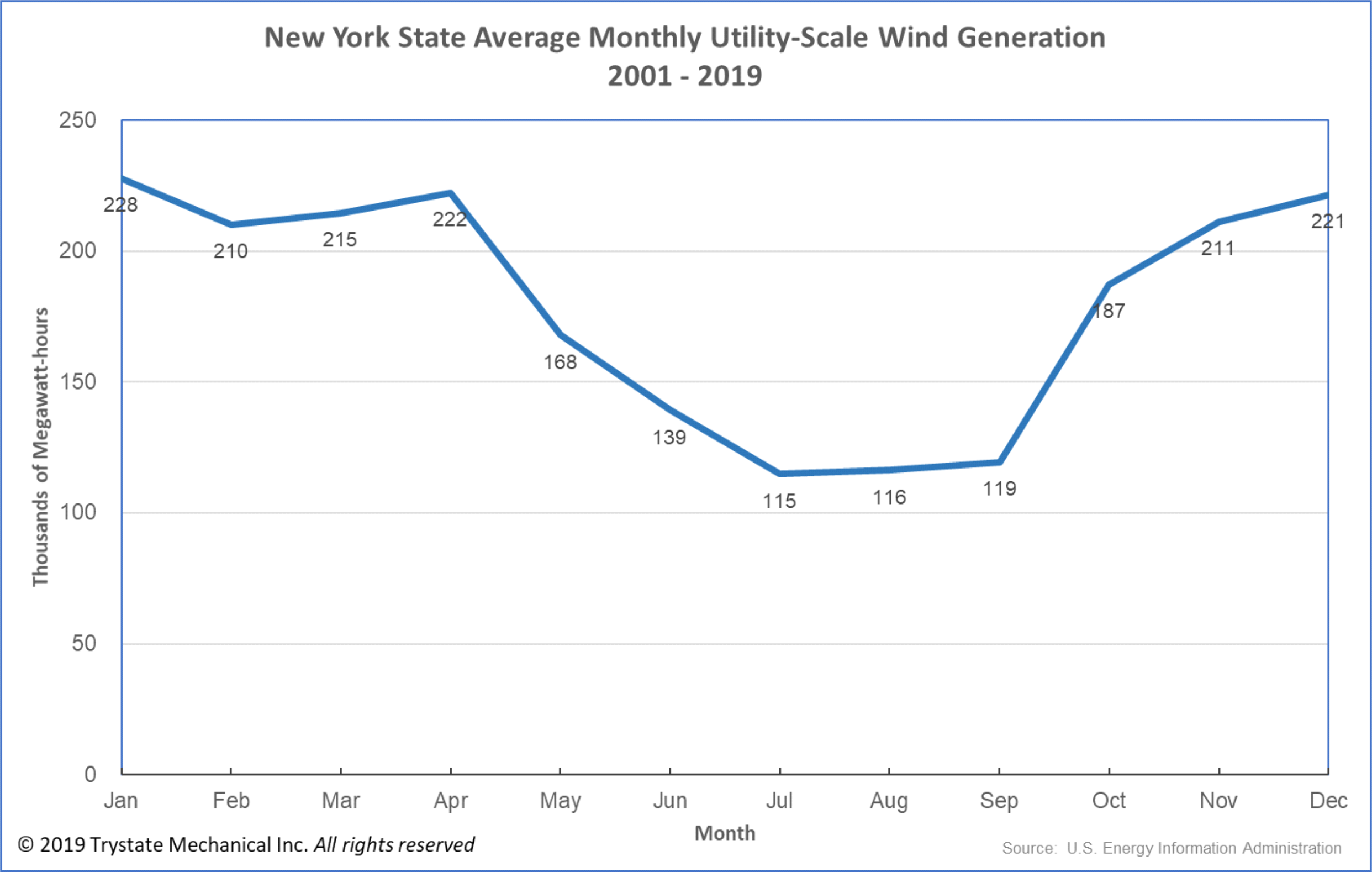 The short answer is that the wind blows better in colder months. The longer answer has two parts. First, wind (air) flows between areas of high pressure and low pressure, and colder weather creates larger differences between high- and low-pressure areas. That’s why the months from December to April seem windier. Second, colder air is denser than warmer air (remember that hot air rises) and imparts more energy to the turbine blades per volume of air moving at the same speed. Moreover, the irony is that the low output from wind generation occurs in exactly the time frame that high summer temperatures increase the use of air conditioning which inevitably creates the annual peak electrical demand.

The point for building owners is that, unlike other forms of electricity generation, the output from wind turbines can be highly variable. While wind is a viable renewable energy source, its variability needs be carefully considered whether designing a simple Distributed Energy Resource (DER) or a campus microgrid. Some other considerations include local value stack pricing for selling wind power, minimum spacing between units, potential wind obstructions on adjacent properties and energy storage options.

Whether you’re looking to protect your property or business from poor power quality, interruptions, increasing electricity prices or all of these, EQUANS MEP Services can provide unique solutions including custom financing options, PPAs, operation and maintenance programs, Energy-as-a-Service, Design-Build and more.